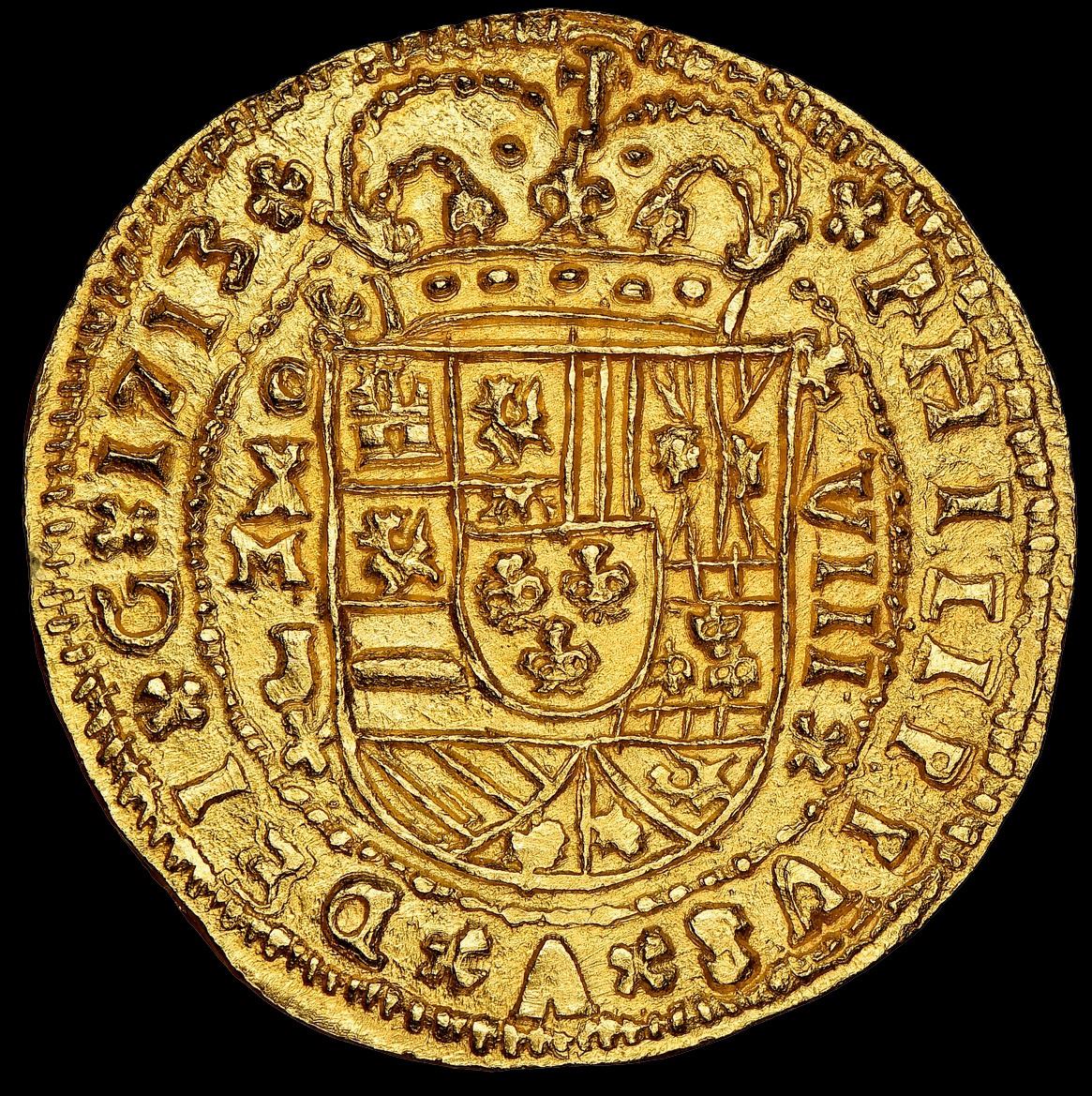 Without question, the pinnacle of Spanish colonial coinage is the Mexican 8 escudos Royal (galano), a coin so large and beautiful and perfect as to be considered among the most desirable gold coins in the world. These 8 escudos Royals are quite rare, currently represented by just over 40 specimens across about a dozen dates within the 53-year span in which Mexico made gold cobs (1680-1732). There is no mistaking these special coins; while some regular cob issues come close (normally they are chunky and misshapen) and even some regular-planchet issues were struck with Royal dies (arguably trial or test strikes), only true Royals are perfectly round and evenly struck on planchets of uniform thickness, not to mention that they were generally struck with obverse and reverse in medallic alignment (the present specimen actually rotated 90 degrees, but still oriented with cross aligned). These are formal presentation pieces, to be sure, but the exact purpose of Royals remains unknown, the details behind their commission apparently missing in archival records beyond simple line-item figures labeled “galanos.” While some dates of 8 escudos Royals today are represented by multiple specimens (the most abundant being 1702, 1711 and 1714) others are extremely rare or even unique. The date 1713 is in fact among the rarest, with only two known, the specimen offered here being the finer of the two and the only one graded by NGC. In terms of condition and quality of strike, we feel it is also among the finest of all the known dates.

Like the majority of known 8 escudos Royals, this coin was recovered from the wreckage of the Spanish Plate Fleet of 1715, eleven ships sunk on the reefs off the east coast of Florida in a hurricane in July 1715. It was actually two fleets, the combined Tierra Firme Fleet coming from Cartagena loaded with Peruvian and Colombian treasures, and the New Spain Fleet coming from Mexico with freshly minted coins and Asian jewels from the Manila Galleon trade, united in Havana for the northeasterly trip back to Spain. What had been an annual system of shipping to and from the New World was delayed for many years by the War of Spanish Succession after Charles II’s death in 1700, causing the treasure to pile up in Mexico and Colombia. Spain desperately needed this wealth back home and could not wait for the Fleet to delay any longer when it finally left Havana in July, evidently right into the path of a hurricane. There were many survivors, who encamped on the shores opposite the wrecks, and Spain was able to organize some salvage, only to experience their other nemesis when pirates absconded with much of the recovered treasure. It is impossible to say how much of the 1715 Fleet treasure was saved in its time, or even how much was on board (as contraband could account for perhaps double the amount on the manifest); suffice to say the currently eight known wrecksites (some of which may be parts of the same ship) from present-day Melbourne down to Stuart (aptly called the “Treasure Coast”) have kept divers and beachcombers busy since at least the early 1960s, when Kip Wagner and the Real Eight Co. began organized salvage and instituted a State lease system that is still in place today. The first Royals, in fact, were found by Real Eight and offered at auction as early as 1964.

The coin we are offering here was recovered in August 1998, the find of a lifetime for diver Clyde Kuntz of the salvage vessel Bookmaker (captained by Greg Bounds), under a lease held by the Mel Fisher company , whose photo-certificate (“GRADE: One ++”) accompanies the coin. According to the November-December 1998 issue of Treasure Quest magazine, the cover of which features a photo of this coin, Clyde was working the “Corrigan’s” site , about five miles north of Vero Beach, when on the same day he found both this coin and another 8 escudos Royal dated 1698 (currently unique) that is now permanently housed in the State of Florida collection. The biggest single find of Royals came in the 2015 diving season, in which a staggering ten pieces (dated 1711, 1712 and 1715) were recovered under leases held by Queens Jewels, LLC (the current owner of the 1715-Fleet site leases). Subsequently, we appraised those coins for millions of dollars for Queens Jewels and the State of Florida, which gets a 20% cut of all finds.

The only other known 1713 example , reportedly found on the beach in the 1980s, made headlines in 1985 when it was sold at the January F.U.N. auction (Kurt Krueger) in Florida. The same coin sold in Switzerland in 1991 as part of the Emilio Ortiz collection. According to census information, that coin has not been graded, but we note that it was struck on a smaller flan (also slightly lower weight, at 26.84 grams) with slightly fewer peripheral details than the piece we offer here.

While any one of the Royals is a joy to behold, with full and well-struck details on big, round flans, in our 2015 appraisal we noted that there is actually a good bit of difference in quality (strike and condition) between all the known specimens, even within the same date, in addition to the differences in rarity. Anyone who has ever attempted striking a coin by hand knows that making coins like these requires great strength and dexterity. Hitting on dead center with full pressure on the entire canvas—without bouncing the hammer—is easier said than done. It is no exaggeration to say that a well-struck handmade coin demonstrates a level of skill far greater than what is required to make a beautiful milled coin. In fact, at least one researcher asserts instead that Mexican Royals must have been struck with a screw-press instead, using multiple pressings to achieve such completeness of detail. Also consider the dies: Each Royal die was specially prepared with as much care and aesthetics as the mint could muster, using the same punches available for regular issues but with greater attention paid to concatenation and placement, usually allowing for more ornamentation in the legends and around the inner details. The 1713 issue, for example, has strange X-shaped flowers that appear both as stops in the legend and as space-fillers in the four “corners” of the shield (an aspect of this date only). Presumably important and wealthy people (some would say the King himself) were depending on the mint to make these jewels as near to perfect as possible.

While each date within the Crosslet-Cross type of Royals dated 1711-1713 is slightly different in execution, the basic design did not change and in fact marks the end of a rustic style replaced in 1714 with a vastly sharper and more polished design, which some believe can be traced to the implementation of press-type machinery. These post-1713 issues are also generally on smaller, thicker flans.

The 1713 we offer here—arguably finer than any of the known 1711’s and 1712’s and easily superior to the other known 1713—therefore represents the final perfection of the rustic style of the Crosslet-Cross type. Of course the complete lack of wear is a factor, but there is more to it than that: This coin is just SO WELL STRUCK that it glistens from every angle, its color changing from yellow to gold as it turns in the light, the exceptionally deep and skillful strike making sharp peaks out of every design element, with near-perfect centering (especially the obverse) and no doubling or weakness anywhere, all on a huge and essentially flawless flan that extends beyond the outer border of dots. This is best appreciated in hand, or at least in video, where movement reveals the flash of luster that so distinguishes this coin. Just as it has been up till now (in the Isaac Rudman numismatic cabinet), such a perfect specimen will be at home in any of the best coin collections currently being formed around the world, whether focused on colonials, U.S., world or even shipwreck. Mexican 8 escudos as a type are so rare that we have never offered one in our auctions before, and we are honored that our first is indeed one of the most beautiful coins we have ever offered. It will be hard to match this rarity and perfection for a long time.

– As the table at the end of this article shows, only twelve dates are confirmed, with one more mentioned in references.

– Mel Fisher had worked with Real Eight from 1963 to 1972 and then moved to Key West to pursue salvage on the 1622 Fleet (Atocha and Santa Margarita). Real Eight maintained the 1715-Fleet leases until abandoning them in 1977. Mel Fisher resumed salvage on the 1715 Fleet in 1979. In 2010, Mel Fisher’s family sold the leases to Queens Jewels LLC, which manages salvage there today.

– The wrecksites of the 1715 Fleet are referred to by nicknames as opposed to the actual names of the ships themselves, because in most cases it is uncertain where each of the ships sank. “Corrigan’s” is named after 1950s beachcomber Hugh Corrigan, whose house fronted that stretch of beach.

– Amazingly, this other 1713 was struck from different dies from the present coin. In fact, most if not all of the non-unique dates exhibit multiple dies. Our theory is that the amount of striking pressure required to properly make these big coins with full and bold details caused the dies to break after only a few strikes, and probably there were lots of failed attempts that were just re-melted. While it seems like a waste of resources to make fresh dies to net just a few coins (or less!), consider that these were special issues commissioned by or for wealthy dignitaries who could afford the extra expense and didn’t need lots of coins.

– The single-known specimen of the date 1695, originally sold in the Ubilla-Echevez auction by Christensen in 1967, set a record in 2009 for the most ever paid for a Spanish American gold coin at close to $600,000.
The “bouquets” are floral-bouquet ornaments in the dimples of the tressures and appear only on Royals. They are not the same as the “daggers” in the same positions on the New Cross issues of 1714 and 1715.

– Researcher Philip Flemming points out that the Plain Cross was “aesthetically a better choice” for Royals than the Jeweled Cross, but why the Ornate-Tressure Cross was not used on Royals is a mystery (December 2016 issue of the U.S. Mexican Numismatic Association’s Journal).

– This table is adapted from Kent Ponterio’s preface to Ponterio and Associates’ Auction #108 on April 7-8, 2000. Kent listed only publicly known examples, with detailed information of their appearances. Our only updates to Kent’s work are the addition of ten 8 escudos Royals found in 2015 (seven 1711s, two 1712s and one 1715) and a correction to the 1728 (now recognized as 1728/5 and PHILIPPVS/LVDOVICVS).

– Spanish references by Calicó (Numismática española [2020] and La Onza [2004]) and Tauler (Oro Macuquino [2011]) do list the date 1718, but without photos or any other information. The whereabouts of any specimen(s) is unknown to us, so for now we treat it as quantity 0. 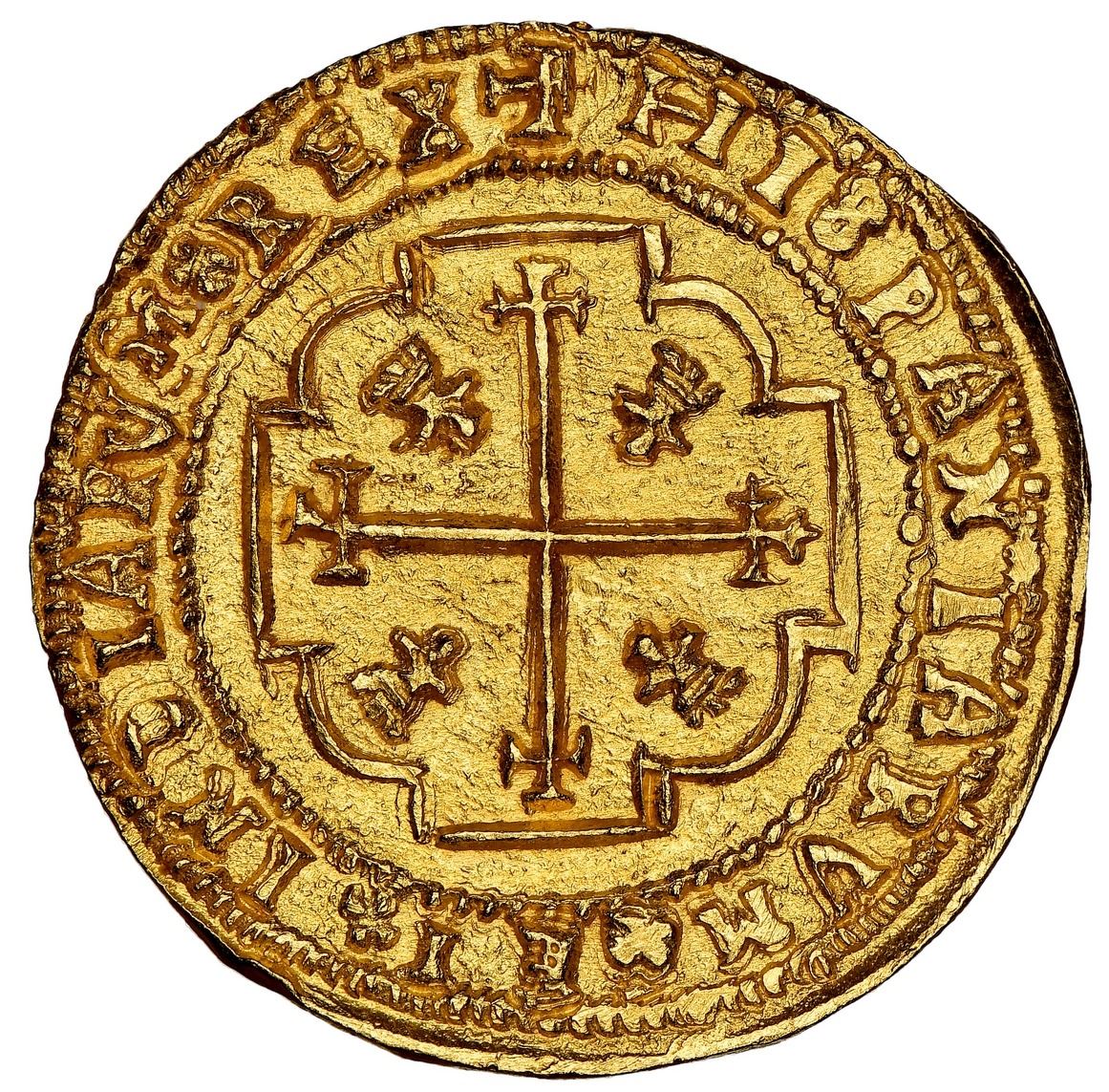 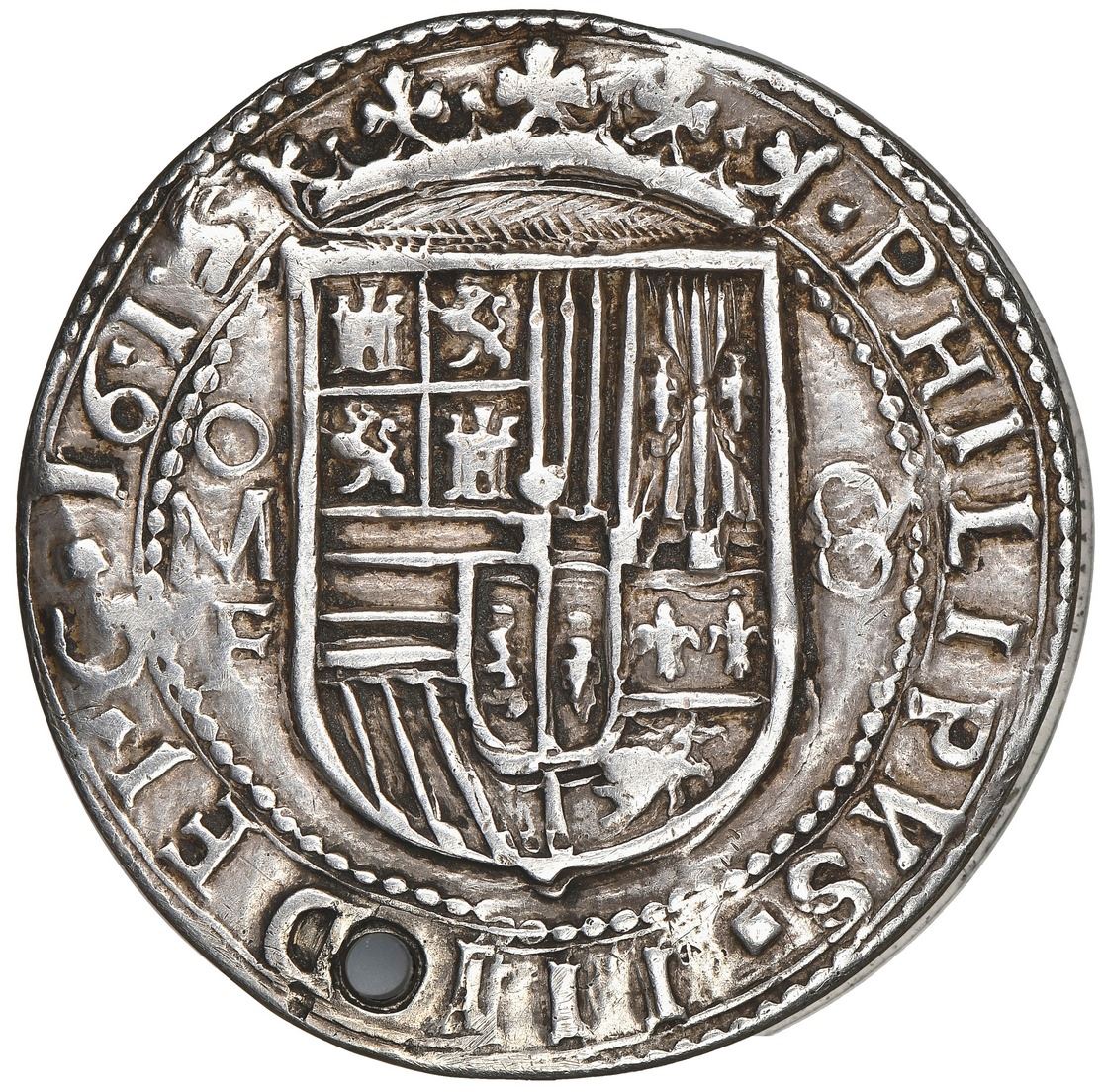 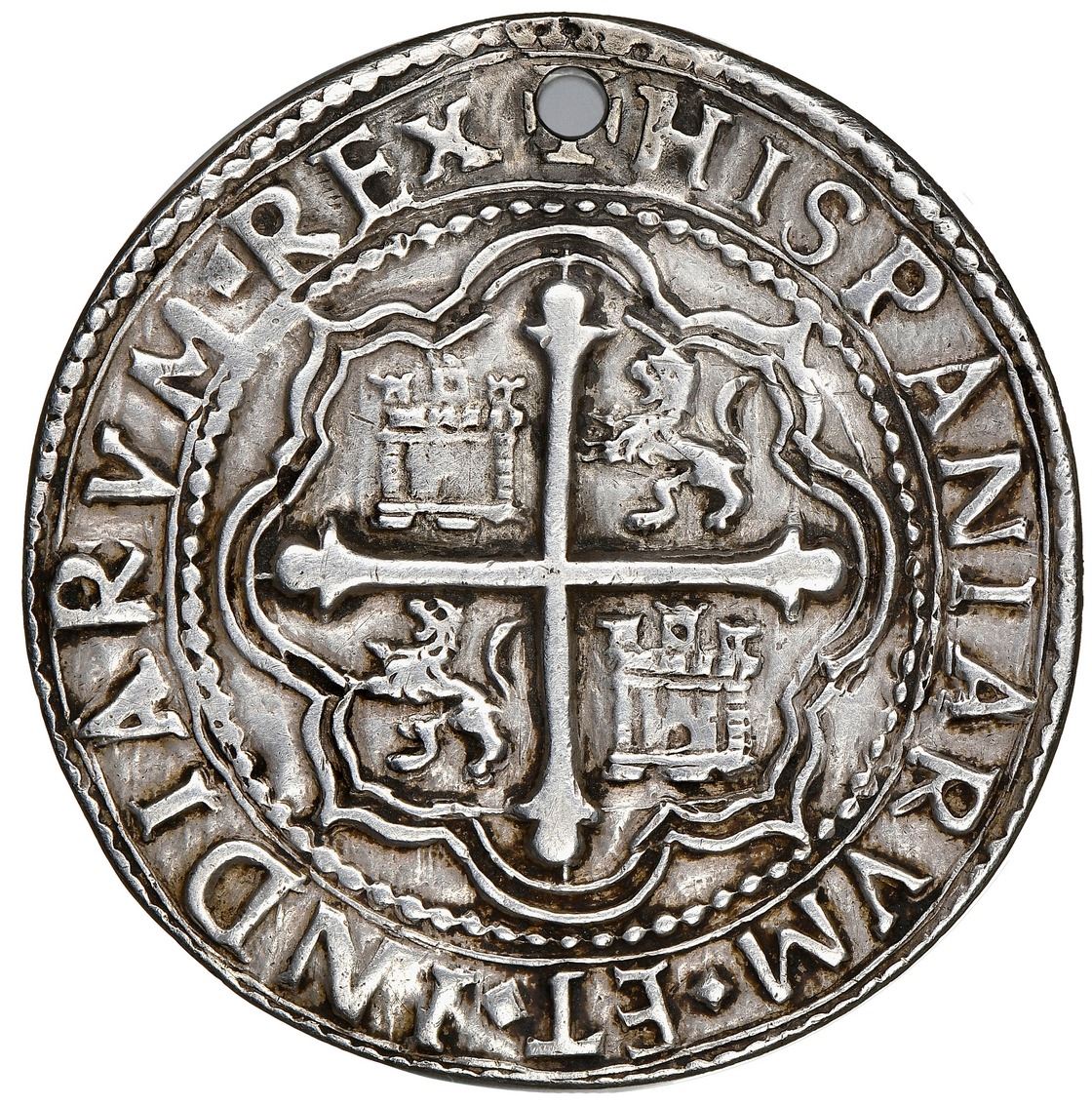 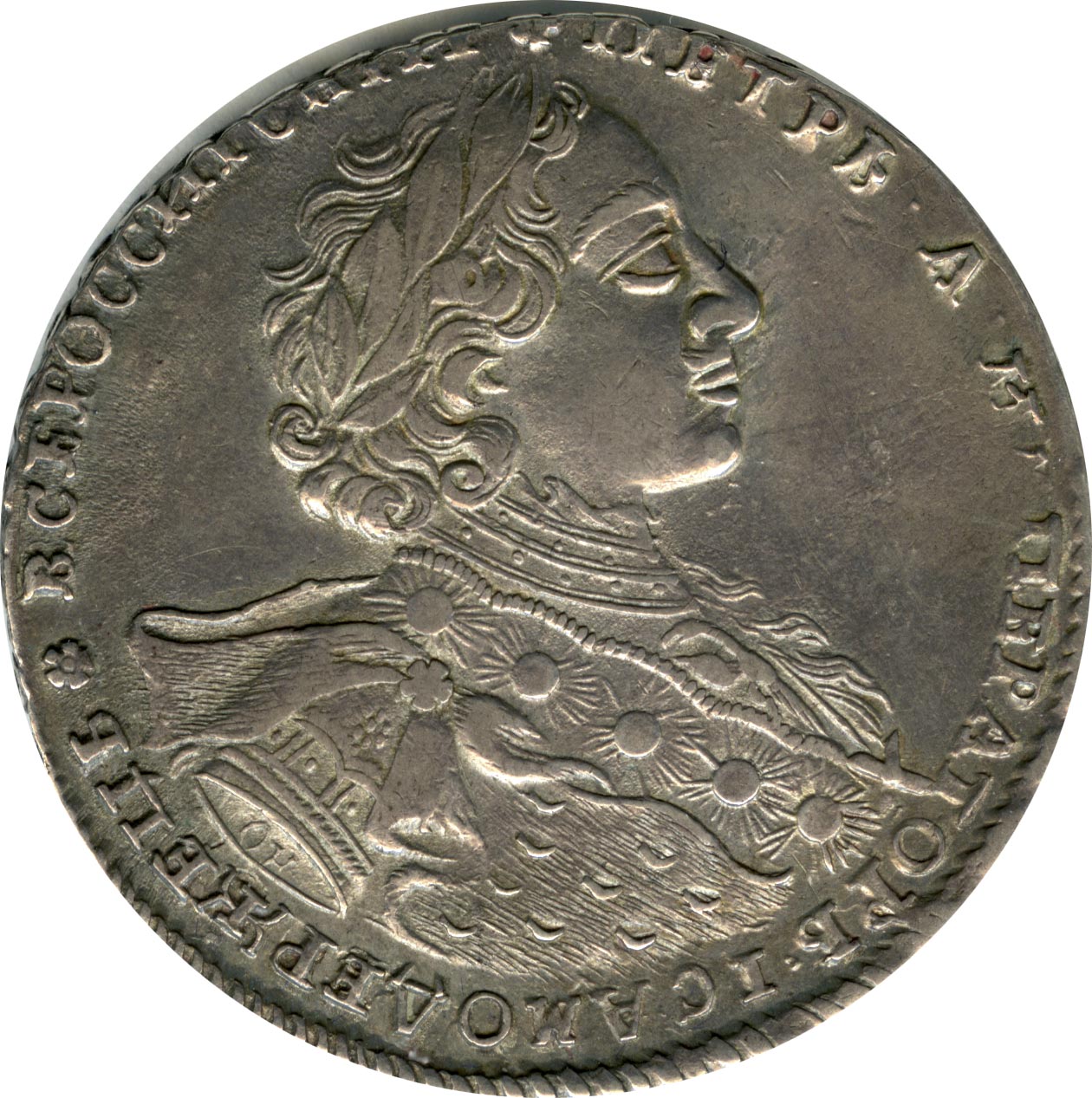 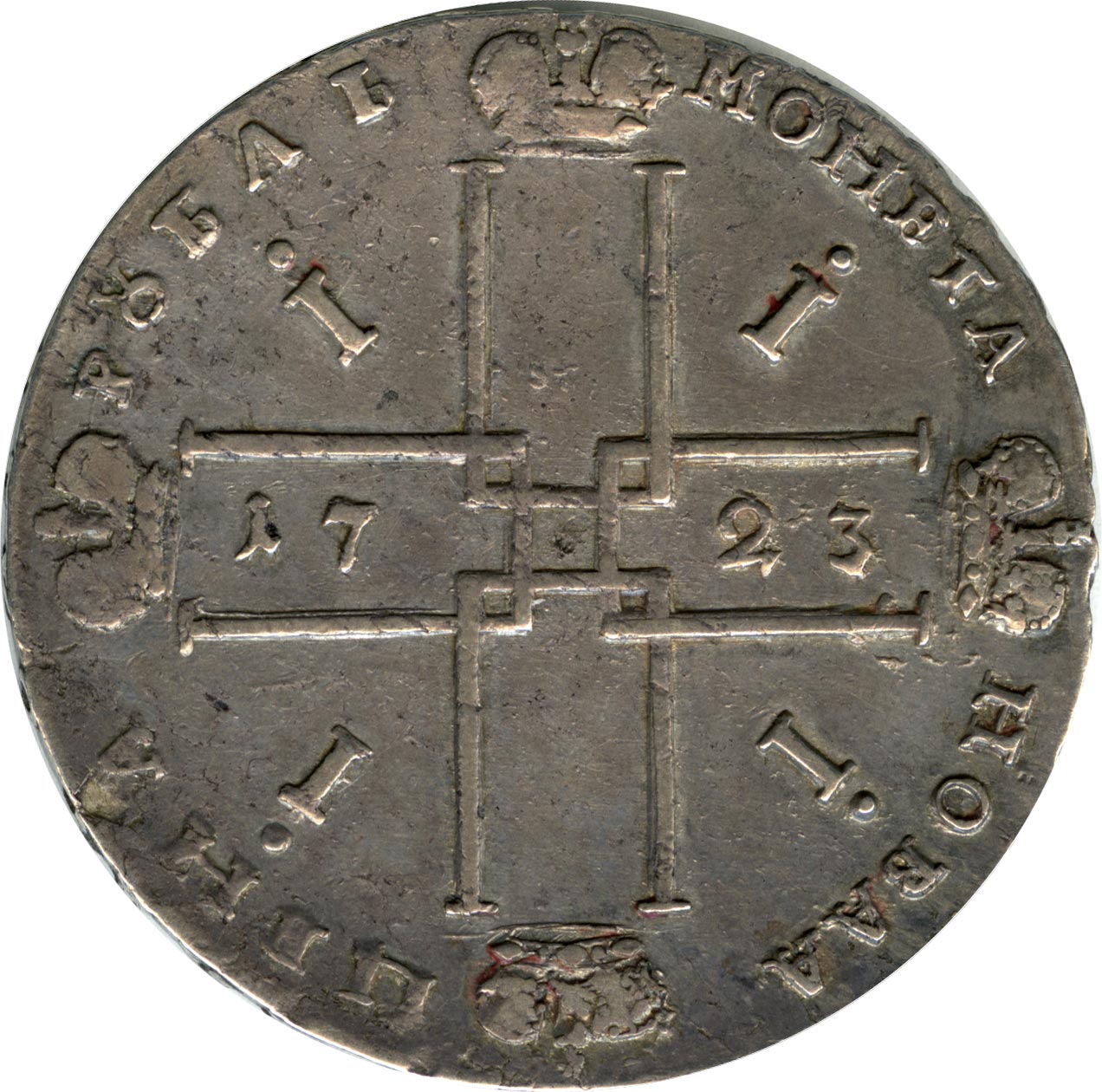 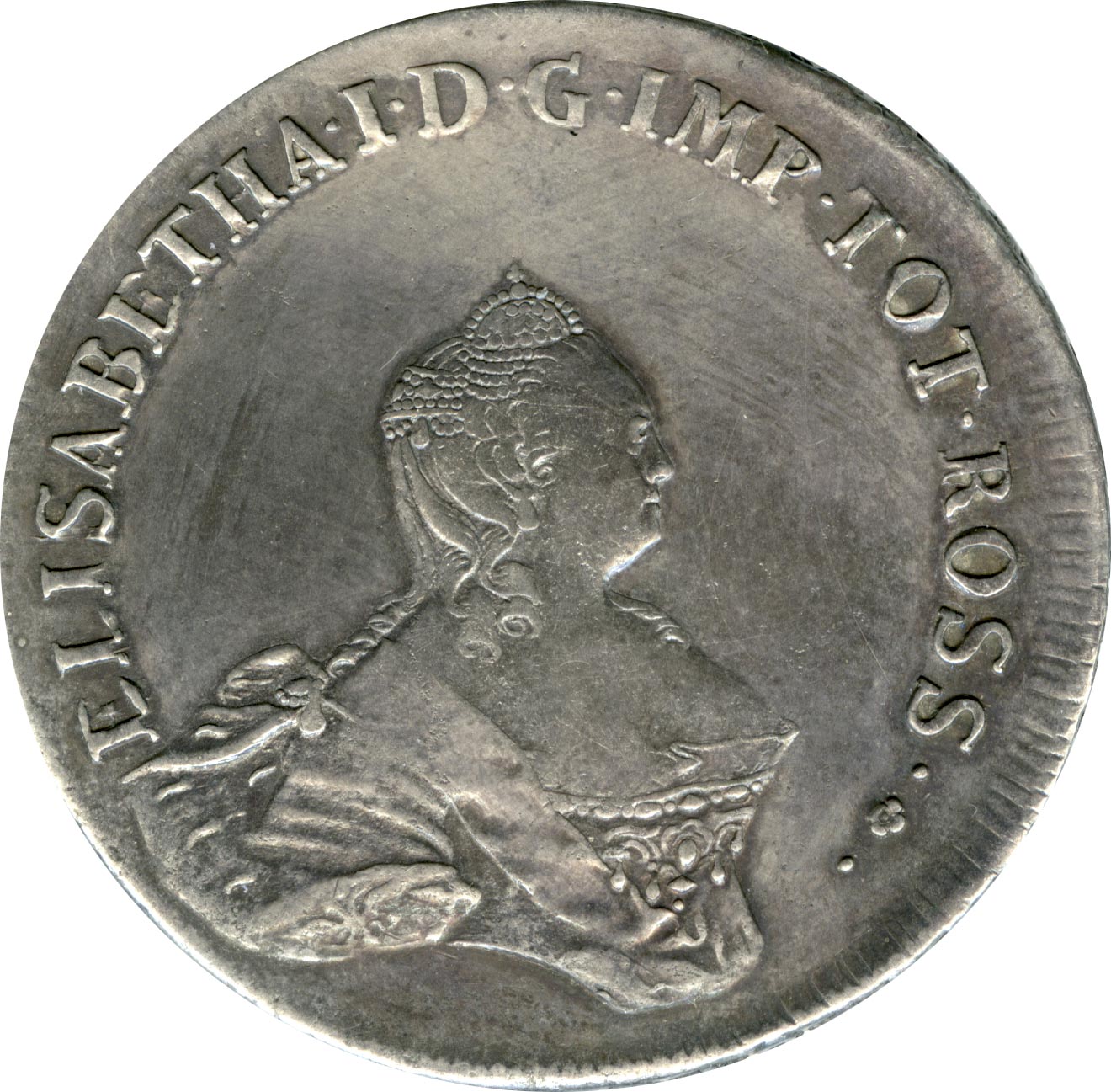 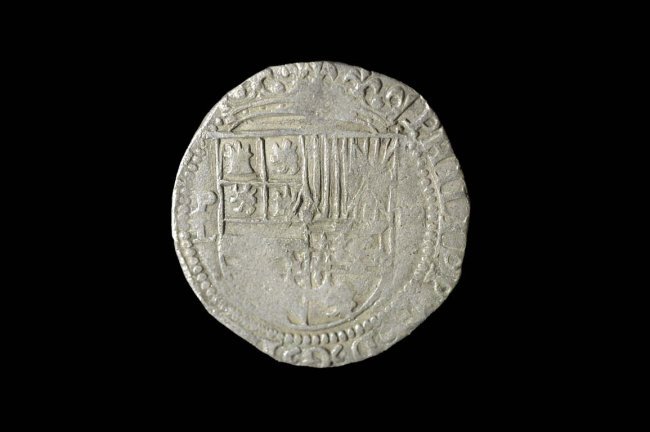 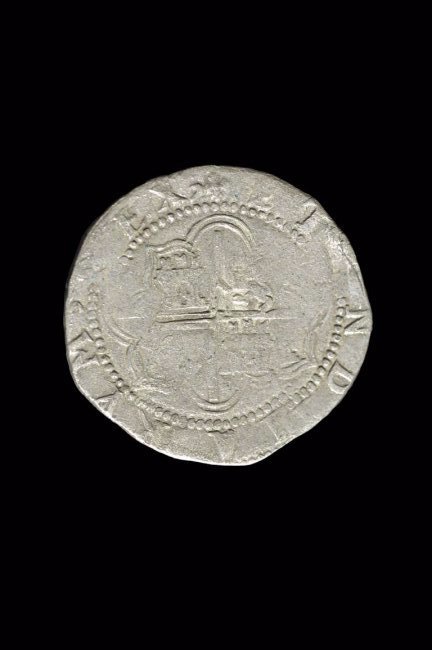 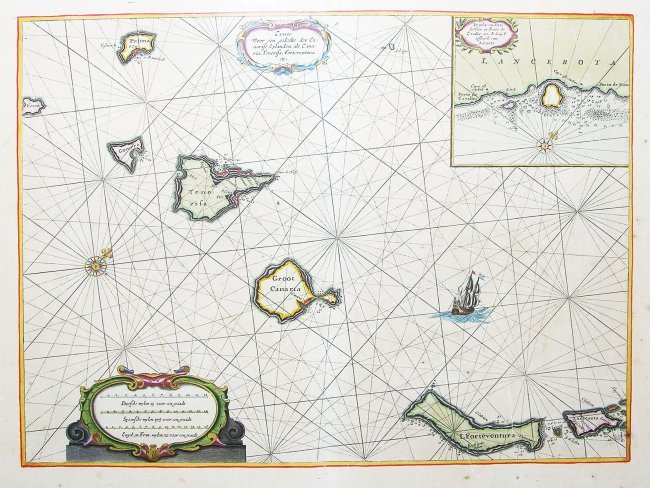