So first this is going to be an ‘opinion’ post for 2 reasons. The first is I cannot be bothered to explain and quantify all the data I have. Second is I do not want to reveal my sources. So assume I am a schizophrenic that hears voices and thinks god told me all this.

By May 7th silver retail production will be about 5% compared to what it is now. Roughly a week later all retail products made from March 1 to May 7th will have been sold. You will effectively be unable to buy any new coins or bars from this point (May 14th) onwards as that small amount being produced per day will have an ever increasing tank of sharks chasing it.

Now for some explanations of what we are seeing in the physical market. Around Feb 1 when the WSS movement started there were bars and coins sitting in shops and warehouses around the world, lets call this global retail inventory “Before WSS Inventory” or BWI. This entire supply was wiped out by early March. Now this BWI that was bought up very quickly did not touch a single 1000oz bar in the market, this is why Comex and ETFs barely saw movement until March rolled around.

Somewhere between Feb and March the retail smelters and refineries went to 100% production and they will stay there until, one by one they run out of supply. May 7th is the deadline so to speak when nearly all of their 1000oz supply will be depleted. Any increase in demand for retail products will not speed up this process, they will be making products until May 7th, they have their 1000oz inventory and they are close to 100% production. There are some exceptions to all refineries operating at 100%, some have already depleted their supplies and some are rationing while they attempt to source new 1000oz bars.

So what is the actual problem here? If a refinery runs out of 1000oz it will just get more right? This is exactly what they have been doing, in near panic for the last 2 weeks. But this process began at some refineries middle of February, kicked into gear first week of March and hit panic levels just recently. They cannot find enough. Refineries are now battling investors for the last 1000oz bars and paying premiums never seen before, this is part of the reason premiums for the retail products are high and will get higher. Refineries are also getting phone calls from ETFs/investors asking them for their remaining 1000oz.

So here is what you are going to see in the leadup to May 7th.

All of this is based on the assumption that refiners will use their whole 1000oz inventory for products. If they don’t that May 7th deadline will be pushed forward. Why wouldn’t they? Well greed mainly. If you had the last supplies of a dwindling resource it would make financial sense for you to stop production now and make products in the future when you can charge way more. If there are any refinery “unexpected downtime” this is the reason. It is also possible they will be “politely” asked to stop.

As always, good luck to everyone.

The people in power WANT everyone alive poor, desperate, and helpless so we beg for salvation in the form of Central Bank Digital Currencies while the top 1% get richer than any other time EVER. Please read this entire post as I’ll go into detail about what’s really happening.

Central Bank Digital Currencies will give central banks “absolute control” (their words, not mine) over every person on earth. We cannot allow this global dictatorship to happen!! If they succeed, it will entrap all of humanity in PERMANENT slavery, forever. This is not an exaggeration!

This is quite literally the fight between good and evil for the future of all of humanity. If not for you, think of future generations. We cannot afford to lose this war! This was the same critical inflection point that caused Ancient Rome to fall, but this time it’s global.

I am begging you to look around and SEE what’s happening before your very eyes. People are scared and depressed through the constant bombardment of COVID-19 propaganda, lockdowns, and politics. People are choosing not to have life-saving cancer treatments for fear of catching a virus with a 97.8% survival rate. Suicides and homicides have spiked over extreme acute stress and trauma. The police force is turning against the people they are supposed to “serve and protect” while they act as a buffer between us and the real enemies: governments and banks. All of these entities were put in place BY US, to represent US. They haven’t actually represented us since the day they took office. Their campaigning to the populous was just a show with no intention to follow through on anything they promised. Banks and huge corporations then use their wealth to buy politicians to ensure they get ahead financially at the expense of everyone else. Buying politicians supposedly has a 750:1 return on investment.

If this doesn’t look like a world you imagined for yourself, your children, or your family, then you need to do something about it RIGHT NOW. Central Bank Digital Currencies are being built and implemented through the entire world economy as I write this, here in the year 2021. The first several are already in use.

Here’s how we got to this place: when you work at a job, you use your energy to produce something of value and are paid for whatever it is you produce. When you save money in a bank account (many banks pay you next to nothing in interest), not only are you losing your purchasing power and becoming poorer thanks to inflation, the banks are using YOUR cash to make loans to other people and are charging interest on that to the tune of at least 10:1. For every $1,000 in a bank account, they lend out $10,000 and charge interest on all of that. Yes, this means banks lend out money they don’t even have and charge interest on it.

And here’s the real shocker: when your local bank runs out of your money and can’t counterfeit even more into existence due to the reserve requirements, they call up the central bank to send them more. Central banks then get the national mint to print currency, then they lend that newly printed currency to the government and charge the government interest on loans to the local banks. Finally, the taxpayer is on the hook for ALL of it. This is called fractional reserve lending and it is the single source for ALL of humanity’s problems, from famines to war to poverty to hatred and wealth inequality. 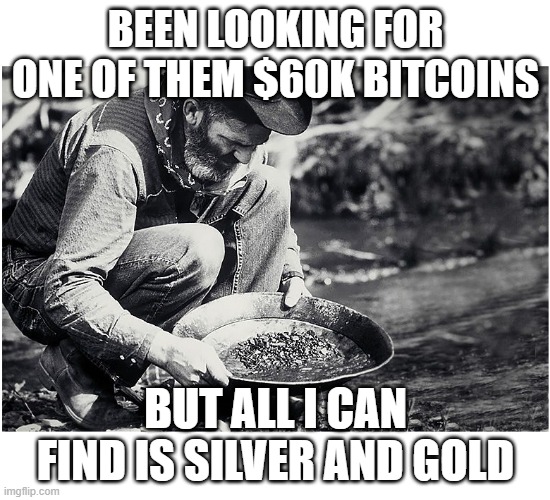 The elites use their power, wealth, and influence to wage psychological wars on the masses so that we will fight amongst ourselves over race (think Black Lives Matter or White Supremacists), politics (think Democrat vs. Republican), religion (think Christian vs. Muslim), when in reality, NONE of that stuff truly matters. It is ALL a social construct designed specifically to divide us and keep us fighting while the top 1% plunder the world’s riches.

Bankers have figured out a way to steal more than 90% of ALL of humanity’s wealth. This creates extraordinary distortions in the economy, as well as massive booms and busts like the one we are currently going through.

If you’ve ever felt like it’s getting harder to make ends meet, that’s because it is. You ARE getting poorer while banks and governments are getting unimaginably rich buying up all of the assets and resources in the economy (think the housing crisis of 2008/2009) by using our collective work energy. This happens to you even if you’ve never taken out a loan in your entire life. Simply using currency is what causes inflation, yet it’s the same people that benefit most that are telling us to use their infinitely-inflatable currency.

At some point, the dam always breaks because the cost of living exceeds income, and to prevent the debt slaves (meaning the entire population) from going bankrupt and causing deflation, leading to cascading defaults, bankers must hyperinflate the currency away like many countries including the United States (yes really; see the money supply at https://fred.stlouisfed.org/series/M1), Canada, Australia, Italy, Venezuela, and others are doing right now. Hyperinflation allows debtors to pay back their debts using worthless currency.

Fortunately, there is a way out of this hell they’re building; it’s their true Achilles heel: physical, real-world, hold-in-your-hands SILVER.

Silver is a naturally-limited (and dwindling) resource that cannot be inflated away, cannot be recreated in a laboratory, and has been used in commerce for thousands of years.

Physical silver is a store of value and if you hold your wealth in this form, it is impossible to go broke because it has intrinsic value.

Silver also protects you and your family from the ravages of hyperinflation. Just look at what happened to the price of silver in Venezuela, Zimbabwe, Weimar Germany, and Hungary during their bouts of hyperinflation; silver went up in price by BILLIONS of percentage points. Not even Bitcoin can offer such incredible, life-changing returns.

We MUST start using silver again and not fiat currencies that secretly steal all of your purchasing power through inflation over the decades! It’s the only way we can truly heal as a species.

Just remember, the people have always had the power, not our “elected officials” or banks, and it’s about fucking time we take back what’s ours!! 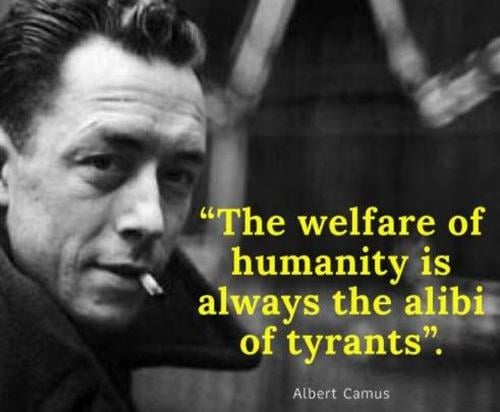 According to Ted Butler the combined short position of Bank of America and the Cartel is about 850 million ounces. From where the hell will they get this metal ?

Exactly ten years back in April,2011 Silver traded at around $50. And now 10 years later in April, 2021 it is trading at around $25 ( half the price of April 2011) and is even being pushed below $25 as was done on last Monday. And this has happened despite the runaway inflation as prices of all items have gone up much higher. The only reason for this paradoxical fall in Silver price is the huge and concentrated short position of about 850 million ounces of a Cartel of banks like Goldman Sachs, HSBC, Bank of America to name a few. Now with the tightening of the physical availability of Silver in the market caused by this noble movement started by we Apes, the noose is tightening around the neck of these Banks and soon they will run for cover. The countdown has already started and the Silver Rocket is soon ready to take off leaving the all time high of $50 in April 2011 much behind it.